Posted 3477 days ago by Si Mitchell 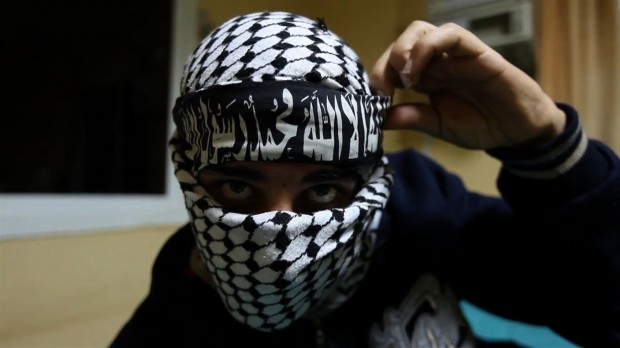 “I am one,” says Ahmed. He holds up a single finger to drill home the point and locks me with his collie dog eyes. Ahmed is an intense 21 year old lad with a close cropped beard who keeps offering me cigarettes until, not wanting to offend him anymore, I take one and smoke it. He digs in his pocket and pulls out a Nokia. “This is my father,” he says, bringing up a photo. “And my brother, my other brother, and my other brother.” He flicks through the pictures. Young men garlanded with flowers lie blue faced in open coffins. “I want to fight,” says Ahmed. “But they won’t let me, because I am the only one of my family left.”

They are the Free Syrian Army (FSA) and they are Ahmed’s family now. Ahmed was a conscript in Bashar al Assad’s regular Syrian Army in Homs – the rebel stronghold city just across the border which is taking the worst battering and putting up the fiercest resistance. When ordered to shoot on his hometown protesters, Ahmed threw down his rifle and fled into the protest. 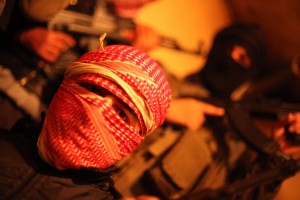 Ahmed: I am one

The protesters led him here – an FSA unit in the cloud-shrouded Lebanese highlands near Wadi Khaled – a spur of land protruding like an awkward thumb into its Syrian neighbour’s ribs. Homs lies less than ten miles to the east, a stones throw to the south is Al Qusayr, to the north west Talkalakh, all currently under siege from Bashar al Assad’s security forces.

A teapot simmers on a stocky wood burner and a dozen young men in jeans and jumpers crowd cross-legged around large tin trays and scoop-up handfuls of rice and chick peas with flat Lebanese bread. It’s a more domestic scene than I maybe expected in the guerrillas’ hideout. The door opens and in walks Abu Layth, the snaggle toothed patriarch. He’s significantly older than everyone else, late fifties maybe more. He wears a floor trailing robe and several days of haphazard white stubble and has a red and white keffiyeh piled jauntily on top of his head. We all rise, and there is a great deal of hand shaking and chest touching, some cheek kissing and “Salaam alaykum”s. It’s a simple greeting, but always welcome in these hills. A deal under God, being better than no deal at all.

Abu Layth is the third person I’ve met in as many days who people claim to be the leader of the Free Syrian Army here in Lebanon. But this time, I’m pretty sure I have the right man. Sweet tea is poured and offered – another good sign – and more young fighters arrive. Hamd, one of the three or four the guerrillas in their mid twenties who appear to be the commanders, leans over waving a Blackberry.

“Me,” he says with a grin. The video shows the unit laying waste to a Syrian army post. There is machine gun fire, a house takes a battering. The next clip shows three conscripts kneeling terrified against a wall, one bleeding freely from a still-smoking head wound. Standing, held in an armlock is their officer, an Alawite, from Bashar al Assad’s ruling tribe. Hamd is slapping him round the head.

“What happened to him?” I ask. Hamd shakes his head. “And them?” The conscripts.

Two more robed elders arrive and, after greetings and tea, settle down with Abu Layth on the cushions that circle the wood burner for an animated discussion about the previous day’s mission and the price of bullets.

“The Shabiha are charging a fortune for AK47s,” complains the bespectacled new arrival, sparking up a Marlboro. “We were supposed to send seven Kalashnikovs today, but he only brought four.”

The Shabiha are vicious criminal street gangs, armed and paid by Bashar al Assad to terrorise the protest movement, many of whom were released from Syrian prisons for the purpose. In the corner of the room Orient TV plays a loop of a Shabiha thug in Homs pinning a boy to a Pepsi machine and executing him with a handgun bullet to the forehead.

I ask Hamd about the flow of weapons. “It’s normal,” he says. “When we run out of bullets, we buy them off the Shabiha, or from the Syrian military.” I guess it’s the oldest of scams, selling arms to the people you’re fighting. But it’s not the first contradiction I’ve encountered in these hills. 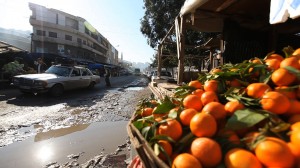 Two days earlier, my mate Radwan gives me a lift to Tripoli – not the Libyan capital, but the Lebanese port town two hours north of Beirut up an ad-plastered highway. There’s none of your spanky duplexes or six inch stilettos tottering around Italian marble shopping malls here – like there is in Beirut. Lebanon’s second city is a pious, Sunni dominated sprawl with a large Syrian population. Many of Syria’s recent refugees have been absorbed by families in Tripoli and the towns around and it’s here, in the compound of an imposing mosque, that we find the Free Syrian Army’s makeshift hospital. When we pull up, two women and a gaggle of kids, refugees from Homs, approach the car to hit us up for money. When we get talking and pull out a camera, a youth with a wispy beard in black army fatigues tears out of the hospital gatehouse and attempts to smash it. I’ve seen serious faced young men like him in Bir al-Abed, Hezbollah’s stomping ground in the south of Beirut. But up here, in the predominantly Sunni north, and outside a hospital treating Syrian fighters wounded in clashes with Hezbollah’s allies in the Syrian regime seems an odd place to find one of their guards.

“They like to keep an eye on what’s going on,” explains Abu Raad, the director of the Syrian refugee mission running the hospital. Abu Raad was a lawyer in the Syrian state’s Higher Authority for Emergencies. Now he’s wanted by the Syrian state for, well, helping Syrians in their time of emergency. “I’ll die before I surrender he says.”

“Or if you surrender.”

On the ward I meet Ghassan. “I will not wait till this heals,” he says, tapping the plaster cast that’s holding his shattered ankle together. “They say I must stay two months but in one month I will take my Kalashnikov and go back to fight Bashar al Assad.” It’s a brave statement, the Syrian dictator has around half a million of Syria’s nine million workforce in his direct employ, with anything between one and two hundred thousand in the security services alone. The Free Syrian Army estimates its own numbers at around 25,000, but, some say it could be nearer 10,000. Ghassan says he was in a Syrian army unit and was ordered to shoot at the protesters. “I threw down my gun and defected,” he says.