It’s tyranny’s sharpest trick – rewrite the past to secure the future. Even the pubs are part of the game.

Mouse, enlisted to the IDF at the beginning of the second intifada, sups his beer and gives his drink an approving nod. He’s just finished telling me the story of his first day in the army.

After leaving school Mouse spent eight months as a volunteer in the civil service teaching courses to secondary school kids. Then national service came along – every Israeli is expected to do three years in the army at the age of eighteen, then one month a year until they are 45. Some choose to do more. It is no mistake that young Israeli’s first experiences away from the parental home is in the bosom of the military state. 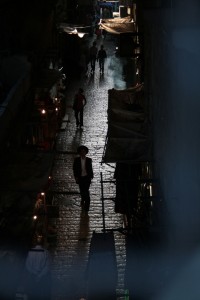 As a hot blooded young man, Mouse was more than happy to join the army, an adventure to be had along with all his friends. Day one his unit is sent to a Palestinian school in Hebron. It turns out the kids in the school had taken umbrage with a new rabbinical college that had been built on adjacent land and had broken some windows and sprayed some slogans on the wall. Mouse’s unit arrives in armoured cars and fires tear gas grenades and a hail of rubber bullets in through the classroom windows.

“Not me,” says Mouse. “I was on the machine gun. No tear gas attachment for the machine gun. It don’t take rubber bullets either. Just live rounds. I’m sat on top of this car waiting for the order to open fire, and if I do I will be shooting kids with live rounds in their classroom.”

Luckily, for Mouse and the kids that day, he wasn’t ordered to fire. But the IDF closed the school down and the rabbinical college took the land and made itself twice the size. Hebron is at the sharp end of Israel’s settlement programme – 450, more or less exclusively, religious extremists protected by a battalion of Israeli soldiers sat in the middle of a town of 150,000 Palestinian Arabs.

Mouse casts his eyes around the old stone building.

“Yeah,” the tunes are funky enough and the bar maid’s pretty cute.

“This house was taken off a Palestinian family during the Nakba. They were kicked out and the house was given to a Jewish family fresh in form Europe. Now it’s a bar.”

The Nakba – ‘catastrophe’ in Arabic – is how Palestinians describe what happened after the end of the British mandate in 1947. The fledgling Israeli state, and it’s developing military, were well prepared to move as soon as the British left Palestine. In fact they had made three previous detailed plans of how to conduct the ethnic cleansing of Palestine and were on to plan D (for Dalet) by the time they got to put it into action. Having spent years cultivating informants and collecting information on Arab villages, communities, activists, politicians and influential people it was easy enough to go in and shoot these first. Respected Israeli historian Ilan Pappe has reported how the Hagana – itself a brutal wing of the Israeli military would enter villages, separate out the ‘men’ of military age (that included anyone between ten and fifty years old) and shoot them, telling the women and old people to leave before razing the village. One well documented massacre of 100 people took place at Deir Yassin. Hundreds of thousands were loaded onto trucks and driven to the border, others were forced to walk away with what they could carry. The message was clear, get out or die. In all around 700,000 Palestinians were driven from their homes – about half the Arab population of Israel, many died and numerous villages were erased from the map. 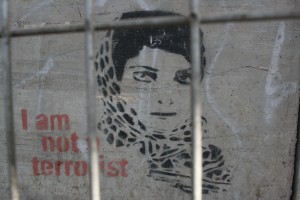 However the Israeli state has become uncomfortable with what was effectively an ethnic cleansing of the country and are keen erase the history much as they erased the people and their homes. In July 2009 the Israeli government passed a law that will remove all mention of the Nakba from Arab Israeli school books and ban the teaching about it in schools (it was never taught in Jewish schools). Foreign Minister Avi Lieberman has proposed a ban on all commemorations of the Nakba with a mandatory three year jail term for those who try. In the spring of 2011 the Knesset passed a law preventing any public money being used to commemorate the Nakba, then threw out a separate proposed law by a United Arab List MP, that suggested public money should be witheld to Nakba deniers.

“Who controls the past controls the future,” says Mouse. “I shit you not. I do not make Orwellian references lightly. This shit is like 1984.” 1948 is remembered in Israel as ‘the war of independence’. Though it wasn’t much of a war. The British had battered what structure Palestinian society had, and the Hagana, and it’s even more brutal breakaway factions The Irgun and The Stern Gang, dismantled what was left at lightning speed. Neighbouring Arab nations put together a half arsed resistance that buckled quickly under Israel’s assault. Many Palestinians became refugees within Israel and lots lived their entire lives in camps in site of their family homes which were now occupied by Israeli settlers. Others were pushed into camps in Lebanon and Syria and many more were pushed into the West Bank where they live in vast, sprawling refugee camps.

“In school they told us the Palestinians ‘fled’. They say they were an itinerant, illiterate people who didn’t really have any homeland because they were just living in tents and moving about,” explains Mouse. “Then you come to Jerusalem and see all these amazing, beautiful houses, hundreds of years old and you think, ‘What!?’”

Even before the Nakba, many of Palestine’s intellectuals had upped and left in fear of the approaching massacre. Israel has done everything within its – and its allies – power to prevent any of them returning.

“The education system is all part of the machine,” says Mouse calling for another beer at the bar of the D1. “They call the occupied territories ‘an area under protection to prevent enemy combatants retaining control’, or some such shit, it’s hard to translate. I was twenty years old before I even realised there was an occupation. Fuck, I was already in a fighting unit. I was a part of it and I didn’t know. It’s the same with the wall. It’s a 10 meter concrete wall snaking across the country and we call it the security barrier. It’s Orwellian. I shit you not.” 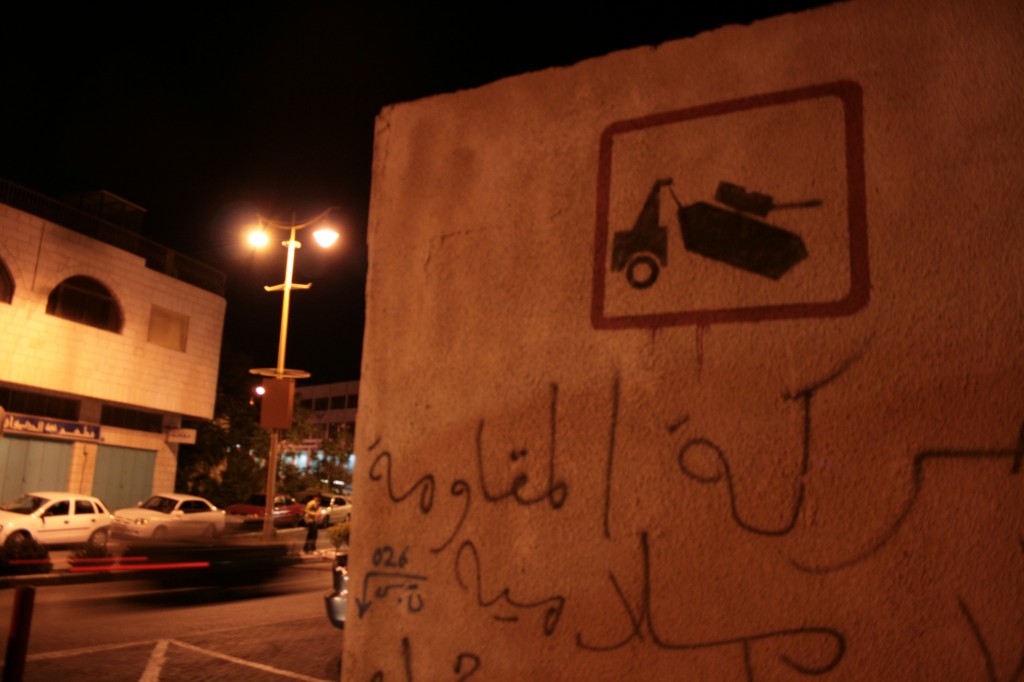