Home Words All Part of the Plan

All Part of the Plan

Posted 3557 days ago by Si Mitchell 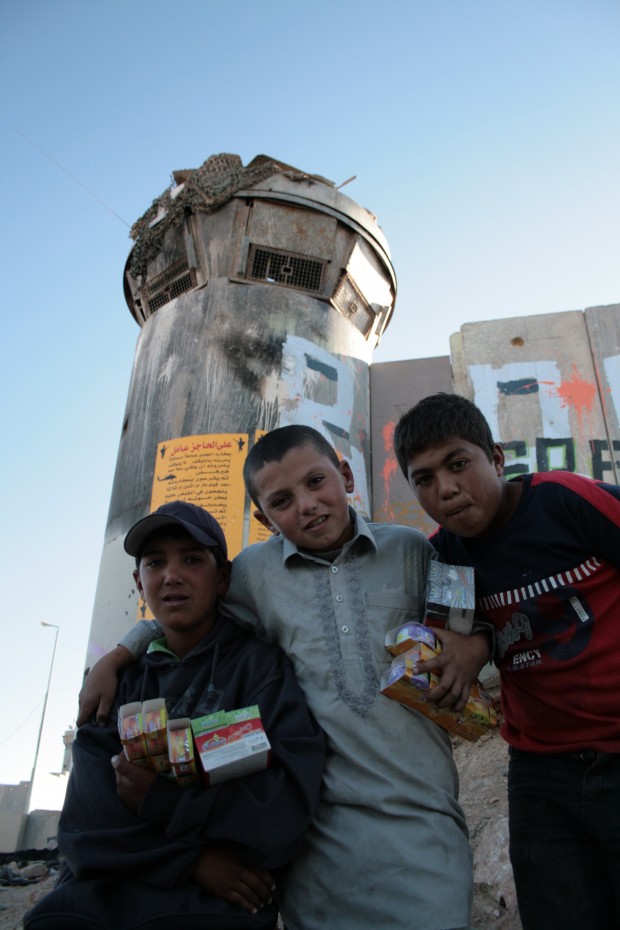 All Part of the Plan

Human rights activists can bleat about justice, but the eradication of Palestine was the plan on the table from the start.

Walk along Menashe Ben Israel street in West Jerusalem you’ll come across a ten foot high galvanised, razor wire-topped, fence bristling with cameras. There’s no signs to tell you, but this is the site of what is to be the Arnold Schwartzenegger Museum of Tolerance and Human Dignity – a building bakrolled by and modelled on the Simon Weisental Centre museum in LA. So why is the proposed monument to cultural co-existence – due to be ribbon cut by California’s pep’d ‘n’ primed Guv’nor in 2010 – need CCTV and 24hr armed patrols? Well, you see, the land they’re building it on is currently the Mamilla Cemetery, one of the most important Muslim burial sites in Jerusalem housing many esteemed Sufi and Mamluk tombs. Needless to say, the local Muslim population hasn’t taken kindly to having their ancestry bulldozed for a Human Dignity Centre and have been attempting to sabotage the groundwork. But the Israeli state has spent sixty years bulldozing the resting places of native Palestinians, both living and dead, and it it’s not about to stop now. 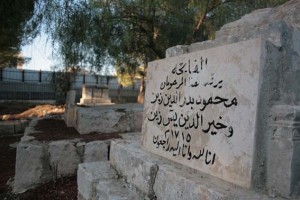 Yesterday I was sat supping mint tea in a café just off Ramallah’s bustling Al Manara square. The racket of hammers, drills and general construction fill the air as Palestinians, once again, try to rebuild the jewel city in their bombed and battered land, when the proprietor calls across the room to me:

“Where you from?” He means, Are you an American?

“Obama from England,” buts in the waiter absently tracing a cloth on the end of a stick across the already spotless floor. Obama, stares at us from the table top, he’s on every front page in the region today – meeting in New York with Israel’s bulldog PM Benjamin Netanyahu and the Palestinian Authority’s toothless Labrador Abu Mazn.

“No, no, no…” cries the owner, immediately on the defensive. “…his father was African, a Muslim. His grandmother is still alive.”

The proprietor holds his defiant expression for just a moment before letting it slide from his face. “No,” he says. “Nothing changes with Obama.”

And that’s just it. Nothing changes. Obama, like a string of his forbears, called on Netanyahu to freeze settlement building – not stop, not reverse, not retreat to the 1967 borders. Just freeze and Netanyahu said screw you and Obama mumbled into his cappuccino. No threat to stop protecting Israel with its security council veto, no implication that they could possibly reduce the next arms shipment or withhold the next giant cash transfer. Obama’s Cairo speech to the Muslim world was one thing, but Netanyahu can say no dice and Obama’s US forces still, his week, begin a massive training exercise with the Israeli military.

Desmond Tutu, Jimmy Carter, a thousand NGOs, human rights activists and left wing politicians from every country on earth can condemn Israel’s continued persecution and ethnic cleansing of the Palestinian people, but nothing changes. Goldstone publishes his report damning the “war crimes” conducted during the winter siege of Gaza, and the Israeli state shrugs it off. It is all irrelevant to the project to secure a Jewish state in Israel. The bottom line is this – in the 1930s the architects of modern Israel set a course, to create what David Ben Gurion, one of Israel’s founding fathers who would go on to become the country’s first Prime Minister, called “a purely Jewish state”. Nothing else matters.

Contrary to what some would have us believe, the Arab/Jewish conflict in the Middle East is not centuries old. At the turn of the 20th century the Arab Jews of the old testament made up just over three per cent of the Palestinian population living peaceably among the majority Muslim and Christian Palestinians. Then, an Austrian journalist by the name of Theorore Herzl, in response to European anti-semitism (not to mention years of Tsarist pogroms against northern European Jews) came up with the idea of re-establishing a Jewish homeland in Israel, and so was born Zionism. Disregarding the fact that Palestine was home to over a million Palestinians, in the 1890s Herzl set about trying to drum up interest from the world’s political and religious leaders – without too much success. “As long as I am alive I would rather have my flesh be cut up than cut out Palestine from the Muslim land,” said the Sultan of Turkey. Nevertheless, over the next decade or so a trickle of European Jews came to Israel clustering together in tight communities.

But bigger forces were at play and, by 1917, having defeated Ottoman and Turkish forces in World War I, the British were occupying Palestine.

Despite promising the Palestinian Arabs self rule (the 1915 Husayn-McMahon Agreement ‘for wartime services to the crown’ (though this may have been a ruse to forestall a feared French takeover in the Middle East) the Allied forces produced a legal mandate setting out British rule in the region. The Balfour Declaration, as it was known, set out “ in favour of the establishment in Palestine of a national home for the Jewish people”.

The dog was out the trap. Over the next few years the British would begin to strip land and power from the Palestinians, disabling their national institutions and generally buttering them up for a final fleecing once they, the British, had worked out their own exit from the country.

There was another part to the Balfour Declaration that said it should be “clearly understood that nothing should be done which might prejudice the civil and religious rights of existing non-Jewish communities in Palestine”, but that part was generally disregarded. The rise of Hitler’s Nazis saw a mass immigration of European Jews into Palestine. Following the second world war, the newly formed United Nations, wishing to make amends for the Holocaust, proposed the Partition of Palestine.

Now, imagine the UN, in a bid to make amends for the genocide in Rwanda decided to partition Wales and give half the country to the Tutsi people. Perhaps they could cite that as all men originally hail from East Africa, then all nations belong to the African people? Would the Welsh have sat down with a map and said, “Er, we’d like to hold onto Cardiff and Cwmbran but they can have the Brecon Beacons.” Unlikely. So, as the Zionists, lobbied for the best agricultural land in the UN, the Palestinians rejected partition altogether (this despite most of their national institutions having been ragged by the British). The UN press ahead regardless and in 1947 give the Zionists 56 per cent of the country including land occupied by 400,000 Palestinian Muslims. So, although the newly arrived Zionists make up only a third of the population and the native Arabs own 92 per cent of the land, the UN gives them over half the country.

But half was never going to be enough. “Partition,” said Ben Gurion is “a powerful impetus on our historic efforts to redeem the land in its entirety.” Every acre taken has just been a stepping stone to taking the whole country. In the 1930s Ben Gurion declared that only an 80 per cent Jewish majority would make the state viable. “After we build up a strong force following the establishment of the state,” he said in 1938, “we will abolish the partition of the country and we will expand to the whole Land of Israel.”

The orchestrater of the brutal pogroms against the Russian Jews, Tsar Alexander III said in the 1880s that he wanted to make one third of Russia’s Jews emigrate, one third assimilate and the remaining third to die of starvation.

In 1947 David Ben Gurion told the executive of the Jewish Agency (the nascent Israeli government) that Palestinians inside a new Jewish state could become a subversive fifth column. So “they can either be mass arrested or expelled. It is better to expel them.” The expulsions would be brutal, and continue to this day. But more of that later.

But bleeding heart stories cut no slack in these holiest of lands. The Zionist’s original, stated, aim was to take the whole country. The fundamentalist Christian right wing in the US, who hold huge sway in the US government, are of the genuine belief (it’s in their Book) that the Israelites regaining the land from the Jordan to the Sea will precipitate the second coming, wherein the dead will rise up and the forces of good and evil will fight the great battle on the last day. Needless to say it can’t come soon enough for them and the Israelis, who don’t buy this story, are happy to take their money (somewhere between $6-8million a day) and the guns and security council vetos that come with it (40 to date).

So destroying Muslim cemeteries is of little significance to the Knesset (God help anyone who’d try and build on a Jewish graveyard). As nothing must stand in the way of the master plan. But more of that later.