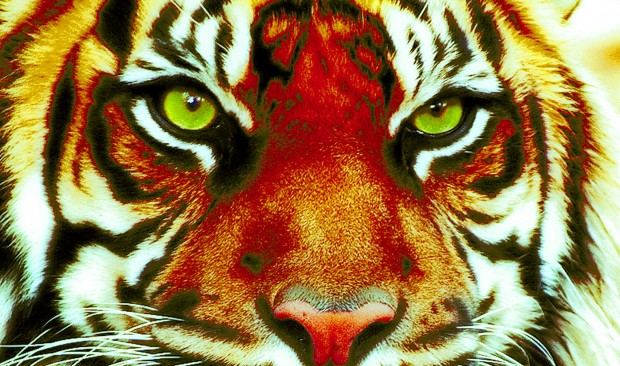 I’m in the pub when Shakti gets grabbed. A South London library crawls with yellow jackets, and Shakti getting muscled into the back of a car. No need for sound on rolling tv news.

Six weeks ago I had a job, a pension and a five year plan. Then Shakti steps out of a wall of breakbeats in a smoke filled box in Bow. She wears mainly glitter and sweat and switchblade heels that could pin you to a post, but she slithers across the brew-washed floor like she’s barefoot – on the speakers, the tables – always back to me. We leave in the rude glare of dawn. No discussion. I just go with her. And stay.

There had been girls before. Most of them overeducated department giraffes and the odd bedazzling, b’Jesusing Saturday night slapper. But, the sparklers like Shakti, the girls I ached for in the throws of a Tuesday morning meltdown, stepped around me to get to the bar. The ‘guess what, I’m a procurement clerk at the MOD’ line doesn’t usually swing it with the dubstep honies. Though not entirely sound, I had been reasonably safe. Twelve hours in a Hackney loft later and my horizons had fled.

The next day, I’m tagging along behind the wagging finger of Shakti’s pony tail. ‘Keep up’ it says, flicking and switching through the London lunchtime crush.

We hop the barrier into the path of a 38 bus and for a moment I consider the wisdom of this, but she stops it with a single raised palm. The driver looks at his brake, then at Shakti, as if a magic tiger’s just stepped onto the Euston Road. She may have been raised in Stepney but she’s all Bengal. She’s slight, 22, but could pass for 19. I have two years on her, five from where he’s sitting. He looks at me as if I should know better. He has no idea that the truth is she’s light years ahead of me. I offer an apologetic shrug.

“How many bites of this cherry we got Lenny?” she aims it at me, but it’s as much for the faces now crowding the bus’s top window. She sparkles, etched out from the city by the low winter sun. “Tube, work, lunch, bus, sofa, TV, sleep. Tube, work, lunch. I’m amazed more people don’t crack up…” She locks me with her opals and I begin to spin. She steps to me and steadies me with a hand at the elbow, tickled by the effect she has, “…or go on killing sprees”, she whispers her cheek to mine.

I wonder why the driver doesn’t honk his horn. I wonder if I’ve signed up for a killing spree.

“How many chances? How many lives?”

Is she trying to unsettle me with a theological side swipe? I’ve never struggled for words before.

“Just one,” she says. “And instead of getting on with it, we spend it measuring ourselves against her next door or that prick off Hollyoaks.” Shakti gestures somewhere towards the top of the bus. The growing crowd of stalled shoppers craning at the barrier all look up. “Then we’re gutted when we suck in our last lungful cos all we got is a set of regrets and the realisation we stacked it.”

I open my mouth but, luckily, she stops me her with the palm trick.

“And we can just as easily choose not to beat ourselves into an early grave paying for a fucking TV that tells us we’re inadequate cos our arses don’t look like Kylie’s.”

She looks at her arse, then at me. I wonder if she’s aware she now occupies the pedestal I once kept for Kylie.

Ten faces that don’t look like Kylie stare out from the bus. Shakti notices them, as if for the first time. Her frown melts into a smile. Driver and passengers beam back witless dog pound grins.

“People are just too used to doing what they’re told Lenny.”

She throws her arms wide and lets out a long low rolling yowl. We all watch her. She folds herself in half – squeezing the whole thing out and then she’s chuckling. She throws her head back and sucks in another great lungful and lets out an even bigger, brighter yowl. I join in. I yowl too. We yowl together, faces skyward, fingers splayed. And then we’re laughing. Upstairs, some kids have slid the bus windows open and hootered lips join in our yowling, and the street echoes with the sound of the pack.

“In the face of poverty and starvation and stupidity, and war, and cruelty!” screams Shakti, her brilliant, black eyes blazing. “The jails are full of petty thieves, and the grand thieves are running and robbing the country!” And we’re gone, vaulting the barrier and running eastwards into the city.

“That was good,” I pant, catching her as she slows for a corner a half mile later. “That bit about poverty and war and grand thieves robbing the country.”