Posted 3482 days ago by Si Mitchell 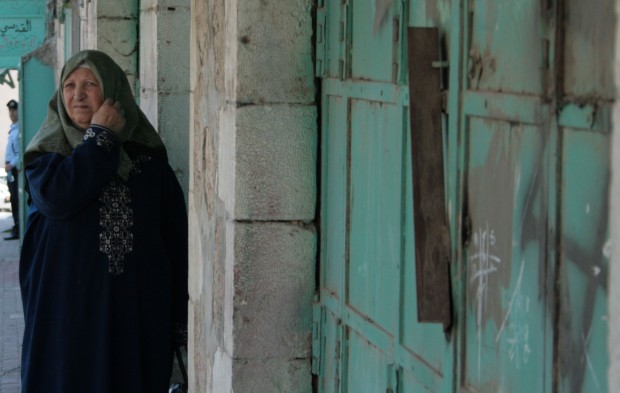 In the closed military zone of Hebron H2, no one’s life is normal.

We’re sat on the porch of the B’Tselem education center, a house in Hebron. Well I say porch, but it’s a cage really. You see this house is in Hebron H2, a closed Israeli military zone in the middle of a sprawling West Bank city. And why the cage? Well the reason the army has a closed zone in the middle of a town of 150,000 Palestinians is because 500 fundamentalist Jewish settlers have chosen to live there. Hami’s house, and the centre, happen to be inside the Settlers’ enclave. The cage is to protect the Palestinian kids using the centre from the rocks, bottles, vegetables, eggs and molotovs that the settlers like to throw at them.

“I hate football. I have had all the satellite channels from my home disconnected,” continues Hami.

“Look Hami I know Drogba’s diving and the fat pay checks are a pisser, but…”

“Every time there is a game the soldiers come to my house order my family ‘outside’ and they go in my house and watch the game. They drink my coffee, sit on my chairs while my children and the old people sit outside. Day, night, summer, winter, snow, rain. You know what they call us?”

“They say, ‘You are the niggers.’ That’s what they call us. Take me back to Pretoria, the Mississippi Delta.”

Hami has to pass through four checkpoints to get to Hebron’s market out in the H1 zone. His kids’ school is fifteen minutes walk away. It takes them an hour and a half.

“They stop us, ID, search under our clothes, turn out our bags.”

Hami brought each child a second school uniform, so they can change when they get to school if the settlers’ children have attacked them on the way. 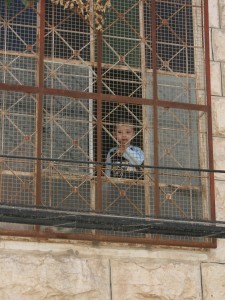 Settlements are a major part of the Zionist long game (doing away with Palestine altogether to create one Israeli state ‘from the Jordan’ as they like to say ‘to the sea’). There are around half a million Jewish settlers living in around two hundred settlements in the West Bank. Some are full on towns, some are just hilltop nests of caravans and a gang of gun toting fanatics. Tel Rumeida, in the heart of Hebron is just a single house. A single house under military guard flying a blue and white star of David flag, who’s Arab neighbours have all been evicted.

It’s old school colonisation – in breach of international law and the Geneva Convention. Israel has spent 40 years pouring it’s citizens into an occupied territory. If they’re lucky, in 100 years, we’ll discuss the Palestinians in the same foot shuffling caucasian-guilt-ridden way we discuss Native Americans and the Aborigines. In Botany Bay the British put up stockades, in Palestine Israeli settlers feather their enclaves with razor wire, armed private guards and an army that’s always on hand. Despite the protection given them, it is accepted by all parties that the settlers are a greater threat to Palestinians than the other way round. The settlements are connected by a network of shiny blacktop highways that Palestinians can’t use, though they have recently been given permission to drive on the Hebron road. The reality however, is most Palestinians cannot get on the main roads, as the access routes from their villages have been blocked with huge mounds of bulldozed rubble.

Driving to Hebron we pass the village of El Aruk, a jumble of half built reinforced concrete squares cowering, behind a twenty meter high chain link fence. The gates to the village, manned by the IDF, are opened at dawn and locked at dusk.

“Run and grab every hilltop,” said former PM Ariel Sharon in a moment of panic during the Oslo peace accords. Sharon feared the international community might finally bring a halt to the relentless expansion of Israel into the West Bank and Gaza strip. He need not have worried.

You can live in one of the huge walled settlement towns of East Jerusalem and not even know you are in occupied Palestine. Bathe in your pool, flash on your TV. It’s easy to forget from your red roofed, new build, hilltop fort that you are in an occupied land where the locals have neither electricity or, often, running water. Flush your toilet, no need to consider the untreated sewage pouring into the water system of the crumbling Palestinian village below. Settlers use five times as much water as Palestinians, but only pay a quarter of the price. It’s a golden existence.

But Hebron is something else. The settlers here relish their pariah-hood. They are drawn to the city by the Cave of the Patriarchs – a site sacred to both Muslims and Jews, and in 1994 an American born Israeli physician called Baruch Goldstein walked into the mosque at the Cave with a machine gun. He killed 29 Muslims at prayer and injured another 150 before they disarmed him and beat him to death. Israel’s response to this attack was to put Hebron’s 150,000 Palestinians under curfew and close the city down. The 500 settlers living there in a handful of houses were afforded an army battalion that spent the next eight years driving 13,000 Palestinians from their homes, closing schools, markets and roads in order to create a sterile ring around the settlers, namely the freakish ghost town Hebron H2.